How to Solve Problems on the New Blogger Dashboard Mobile Version?

How to Solve Problems on the New Blogger Dashboard Mobile Version? After the blogger.com dashboard was updated, and the mobile version dashboard was applied as the default since September 2020, many users complained about problems with the new version of the dashboard.

Generally, what many users complain about is the features in the post editor, because this facility is often used.

Below are some of the problems I found on the new blogger dashboard mobile version:

Images cannot be inserted with a caption or description.

Well, this happens a lot.  The image suddenly moved.  How to Solve :

Especially on font features.  Often clickable.  How to Solve it? : Just undo

Well, this is the most you have to be careful with .. Because articles that are still not ready can be published.  Even if what is published is an article that does not have an image, even if it is rewritten, the thumbnail does not appear in the related post.  But this is some users who use certain templates.  How to Solve it?  : Just be careful ... 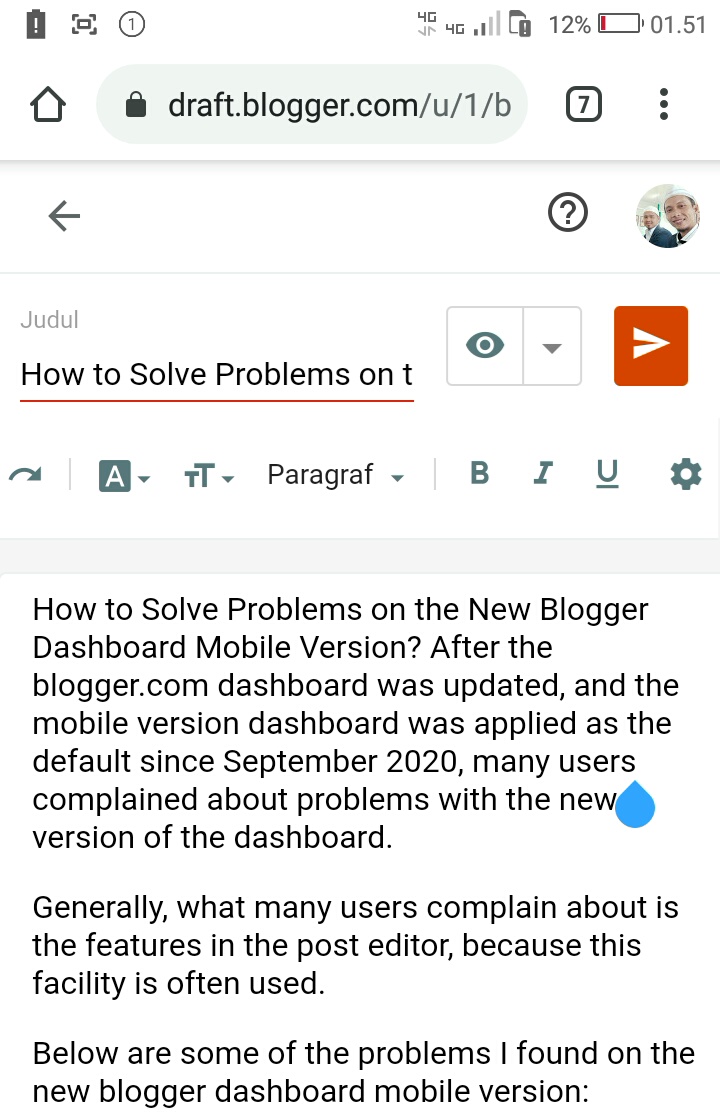 But it has a lot more advantages, especially in the theme editor.  To edit the theme., we don't need to use our laptop often.  So, adapt ... Because of course everything has been adjusted to the latest Google algorithm.

Home
Give us your opinion

Notification
This is just an example, you can fill it later with your own note.
Done